My BIG Lesson On Overwhelm In Networking! 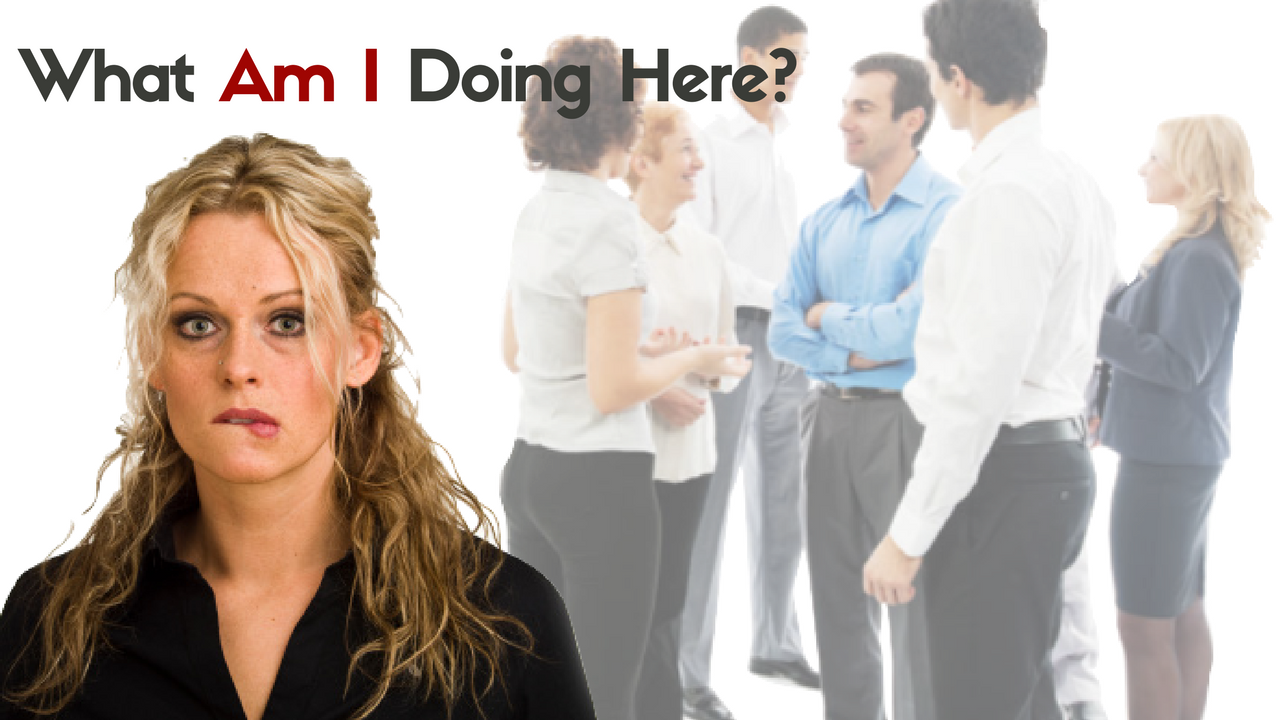 Have you ever been in unfamiliar territory when you are networking? I'm sure most of you have been, at one time or another, in a crowd where you don't know anyone and you feel completely out of place.  I admit, in my career as a networking specialist, I no longer get blindsided with not knowing what to say or how to approach people. Well, I had that exact experience recently when I was at a digital media conference with my Mastermind Inner Circle Group The Mastermind City.

I was among 4,000+ people where the topics of technology weren't completely in my comfort zone. All kinds of uncomfortable fears and confidence issues began to bubble up and for the first time, in a very long time, I was able to re-identify and connect with the very issues that people hire me to help them with.

I am someone who thrives on networking, lives for the connecting and building relationships, I found myself in an arena of highly intellectual individuals who were focused on the knowledge relationship - not the connection relationship. Or So I thought.

The people I met were very kind, very interesting and extremely excited to be surrounded by other intellects who think the same way they do!  In fact, one of my colleagues, digital media expert Stacy Maynard announced: "I feel like I found my people".  She was in her element, talking, discussing and absorbing all things digital in a language, with all the short forms, codes and acronyms that were second nature to her and very foreign to me.

One of those codes, I heard over and over from the stage, was the term H2H.  Being the non-techy person I am it took me a while to figure out what that meant. It was when they were telling us of the networking events they had planned for the attendees that I discovered that it meant "Human 2 Human".  Human 2 Human?

For me, who is focused on the relationship-building skills of networking, I found myself feeling like a fish out of water. I haven't experienced since my "newby" days. Today, I can talk to anyone, anywhere and at any time.  I thought "what am I doing wrong here". THEN, I had the epiphany.  I realized that I wasn't networking wrong, "they" were just networking "differently".

I understood very clearly that the people attending this conference were excited to be in a space that brought them all things technical. I realized that they were happy beyond belief to be surrounded by people who completely understood their excitement around learning everything techy - tools, platforms, apps, etc.  And I understood very clearly that their lingo was just another language I needed to learn if I wanted to build relationships with them.

My takeaway from this experience was the knowledge that not everyone networks the same way. They might have been spending their time together talking all things tech, but they were still talking and they were building relationships. My biggest lesson was that there is a large diversity in networking, just as there is a large diversity in people.   One size does not fit all - nor should it.