Are You Connecting Or Just Collecting Business Cards? 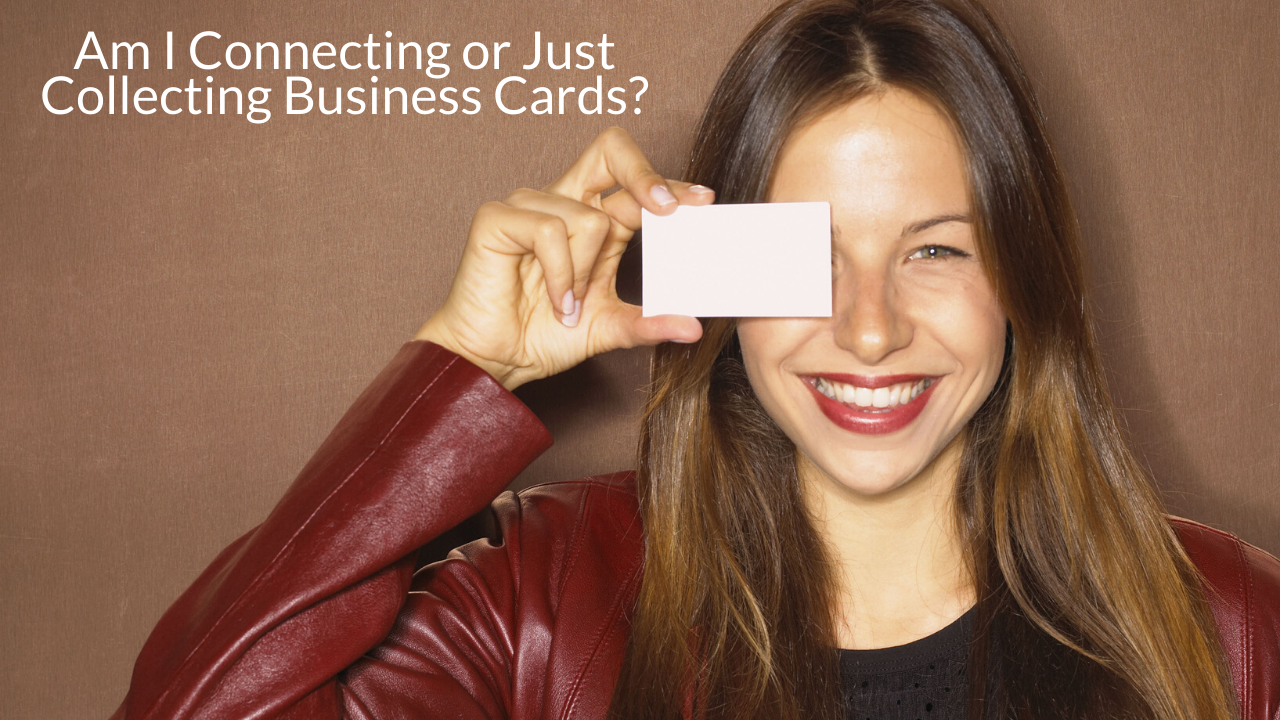 When is the last time you went to a networking event and actually had a meaningful conversation with someone?  All too often, people go to a networking event, with the intention of “getting” business and NOT making Connections.  I too have been at fault of this myself.

When I first started networking, my perception of what networking meant, was to get my business cards into the hands of every person attending that event. I would walk in armed with 2-300 business cards.  I’m not joking.  If that didn’t work I made sure I took as many business cards as I could from those that were there.   How naive I was!

Networking, by traditional definition, is 'to interact with other people to exchange information and develop contacts, especially to further one's career'.

However, we don’t live in a traditional environment today and the thinking of the “old boy’s club” is diminishing.  People are and should want to...